How to Enter the U.S. Market with a New Alcohol Brand | SevenFifty Daily SevenFifty Daily Article: How to Enter the U.S. Market with a New Alcohol Brand

“The U.S. market is inundated with wine and spirits companies wanting to do business here,” says Bruce Hunter, the managing director of Shaw Ross International Importers, based in Miramar, Florida. For good reason: U.S. alcohol sales are estimated to reach $166.4 billion in 2019, according to IWSR Drinks Market Analysis. But whether you’re an industry veteran or completely new to the U.S. regulatory system, entering the market with a new brand can be overwhelming.

To succeed in the U.S. market, it’s important to “develop a blueprint about what makes you unique and what is going to make you different,” says Alexi Curlee Cashen, the CEO of T. Elenteny Imports. According to Cashen, it’s essential that your blueprint also include an import plan and route to market. Here, SevenFifty Daily outlines the three most common options—going through national importers and distributors, using a third-party service company, or going it alone—with suggestions on how to navigate each choice.

No matter which route to market you choose, one thing remains constant: The U.S. is one of the most highly regulated markets in the world. Thanks to the 21st Amendment, which repealed Prohibition, each state has the right to regulate the sale and distribution of alcohol within its borders. “Each state has different rules and regulations with different regulatory frameworks,” explains Sarah Nagel Sisisky, the director of client development for Park Street Companies, based in Miami. 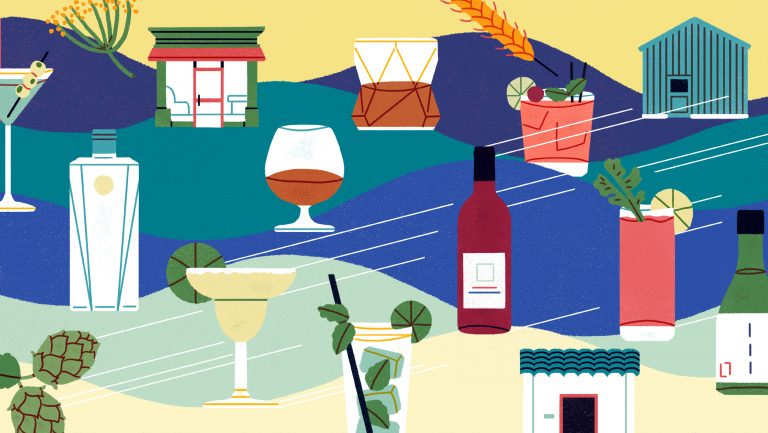 Don’t miss the latest drinks industry news and insights. Sign up for our award-winning Daily Dispatch newsletter—delivered to your inbox twice a week.

Sisisky notes that if a supplier is entering the U.S. market, it can feel like operating in 50 different countries rather than a single one. As Bob Gaudreau, the CEO of North America for the Provence Rosé Group in White Plains, New York, describes it, “You don’t do one thing and scale it, you do the same thing 50 different times.” Compared with his experience in other industries, Gaudreau says, the number of regulations that must be complied with in the U.S. drinks industry feels makes him feel as if he’s operating with one hand tied behind his back.

In addition to state-by-state intricacies involving the regulation of everything from discounts to giving away T-shirts, the U.S. beverage alcohol industry operates on a three-tier system. Though there are exceptions, this basically means that foreign producers sell alcohol products to licensed importers (federal excise taxes are largely collected on import); importers then sell to third-party distributors who operate in the various states; and finally, those state distributors then sell to the local bars, restaurants, and retail shops that in turn sell the products to consumers.

Here’s what drinks industry experts say suppliers need to know about the options for breaking into the U.S. market with a new brand.

For some brands, dedicating sales and marketing resources to the U.S. may not be a core competency or desire. Using a Portuguese winery as an example, one option would be to simply appoint a national U.S. importer, such as Obrigado, which has offices in New Rochelle, New York, and Monte Estoril, Portugal. Obrigado’s cofounder, Rui Abecassis, explains that his company has expertise in both Portuguese wines and the U.S. market, nearly national coverage across the U.S., and its own sales managers.

If a winery appoints an importer like Obrigado, the winery is responsible solely for the production of its product. Obrigado does the rest, including logistics to get the product to the U.S., as well as managing sales and marketing stateside (though Abecassis does request that winemakers visit the U.S. at least annually to help promote the wines here). In this model, which some might call the traditional route, the brand is simply included in an existing distribution network that its importer has established. The supplier does not have to find and appoint distributors in each state.

The supplier’s biggest challenge will be finding the most appropriate importer for its products and entering into an agreement with that importer. Some points for the supplier to consider are its margins, shipment and payment terms, states where the importer has coverage, other products and brands in the importer’s portfolio (does the supplier want to be complementary, exclusive in a category, and so forth), and the number of dedicated salespeople the importer employs to work with distributors in the various states. In the contract, the supplier may want to consider various goals, minimum orders, and other key performance indicators. If the importer is doing a poor job, a supplier wants the ability to terminate the importer without any penalty.

If a supplier were to work with an importer like Shaw Ross, its brand would be distributed by Southern Glazer’s Wine & Spirits in the 44 states where Southern Glazer’s operates. According to Shaw Ross’s Hunter, his company starts the process of vetting new suppliers by looking for products that are “new, innovative, and something the market needs.” A supplier also needs to pass another of Hunter’s tests—having funding to pay for or contribute to marketing in the U.S. Different importers have different marketing contribution requirements, which is a point for suppliers to negotiate.

A supplier’s relationship with its importer and distributor is like a marriage, with the import and U.S. distribution agreement being the prenup. Berne Selection—now MDCV—a wine producer based in Provence, had appointed five small companies in the U.S. to import its various rosé wines. Dissatisfied with their progress, Berne hired Gaudreau two years ago and, in consultation with the French team, he recommended that they set up their own U.S. import company, which became the Provence Rosé Group. Spurred by the growth in the rosé market, this new company hired a dedicated sales and marketing team in the U.S. After terminating the old importers, Provence Rosé also turned to a third-party service provider—Park Street Companies—to import and sell to various brand-appointed distributors (such as Southern Glazer’s, RNDC, and Young’s Market) on the brand’s behalf.

The number of third-party service providers that suppliers can choose from is plentiful. The services they typically provide are, at the basic level, largely the same. But there are some distinct benefits to working with a service provider rather than a national importer: Service providers allow a brand to plug straight into accounts payable, accounts receivable, delivery, and ordering systems so the brand doesn’t have to re-create them. Gaudreau estimates that it would cost a minimum of $200,000 a year for a supplier to put these systems in place on its own.

It’s worth noting that different compliance companies have different minimum case policies as well as different areas of expertise with respect to wine, spirits, and beer. It’s common for new alcohol brands to use third-party compliance companies like Park Street and MHW, based in Manhasset, New York, when they’re first ramping up. These particular companies have no minimum case requirements, though they may require minimum monthly fees. Working with such service providers allows a company in California that’s launching a new tequila or mezcal, for example, to focus its concentration on proof of concept and sales and marketing for the new product without being tied to any traditional importer or distributor.

“If you want to sell the brand or make a strategic change of importer,” says Chrissy Beaudette Tinelli, MHW’s director of client development, “MHW has no termination fee on its end and has no equity or ownership in the brand.” This is helpful for any startup that’s just learning its way around the market.

Steve Melchiskey, a lawyer and the president of USA Wine West, which has offices in Portland, Maine, and Sausalito, California, says his company does have minimum case requirements—the fees are based on case sales, plus third-party fees, with no minimum service fee. USA Wine West imports Hampton Water, a rosé from France that’s produced by Jon Bon Jovi and his son Jesse Bongiovi. The company, says Melchiskey, typically works with brands that have about 3,000 cases in sales per year. Like USA Wine West, T. Elenteny Imports focuses on brands that produce around 2,000 cases annually, though it does also offer a freight-shipment-only option for suppliers that are doing the importing on their own.

Option 3: Be Your Own Importer and Go It Alone

When Henry Gentenaar, the managing partner of Syndicated Brands in Washington, D.C., wanted to start his mezcal brand Maximo, he decided to become his own importer because he didn’t want to be beholden to others. Rather than relying on another importer to file his COLAs, or certificates of label approval, and registrations with the Alcohol and Tobacco Tax and Trade Bureau (TTB)—or to appoint distributors—he remains in control of the process.

“We wanted to control logistics, transport, costs, and really learn that side of the business,” says Gentenaar, even though those things can be outsourced. He equates doing everything on one’s own, rather than using a compliance company, to driving a stick shift instead of an automatic. “You’re still going to the same place,” he says, “but with a stick, you have a little more control.”

Any suppliers that want to be their own importer must first apply for and receive a federal basic import (and wholesale) permit to bring the product into the U.S. This process can take several months and includes providing all company and personal details to the TTB.

Only after a TTB import permit is approved can the supplier apply to the TTB for approval for its own formula, if required. After receiving that approval, the label that will appear on the bottle must also be approved by the TTB, by means of a COLA. Next it’s time to arrange with a customs broker for shipment of the product to the U.S. Of course, finding the appropriate distributor in each state to whom the supplier will sell is also a top priority. Those operating with compliance service providers or acting as their own importers and distributors will be responsible for the marketing and advertising of the brand, so it’s largely those back-end compliance and administrative tasks that differentiate the two options.

Regardless of which route to market you choose, finding the right partners—whether it’s your importer, distributor, or customs broker—is critical to the long-term success of your brand. According to Cashen, it’s also critical that you be “dedicated to the market.” Depending on which of the three main options you choose, that can mean regular meetings with your importer, distributor ride-alongs, or visits to account after account in an effort to sell your brand. In other words, the biggest driver of your success will be you.

Ryan Malkin is principal attorney at Malkin Law, P.A., a law firm serving the alcohol beverage industry. Nothing in this article is intended to be and should not be construed as specific legal advice.

< Previous All Press Next >